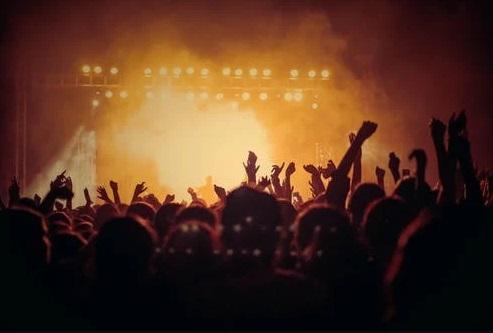 The British singer Amy Winehouse was remembered by the world not only for her iconic accessories and beauty tricks, which forever inscribed her image in the history of music but also for her amazing voice and soulful songs. In this review, we will tell you how the memory of the singer is kept today by her colleagues on the stage, as well as designers, actors, and other famous show business artists.

In less than 10 years of her musical career, the singer was able to take the position of the most daring soul performer. She was never afraid to experiment and was the first to so boldly turn to the jazz sound of the 60s and remake it in a modern way. Her performances were a real show and entertainment for the fans. By the way, if you also want to have a good rest, you can visit the eSports Betting site, which offers a wide variety of sports betting.

Amy released only two albums, but that was enough to be remembered by the audience, receiving six Grammy nominations and the title of the best British singer at the Brit Award. Her influence on the world and the industry was so global that even after her death in 2011, people were inspired by her image, remixes were made of her songs, and films were made about her life.

Karl Lagerfeld has repeatedly compared the main British hooligan with the icon of the 60s Brigitte Bardot. “She is a wonderful, talented artist. She is my inspiration. Her hair was already worn by Brigitte Bardot in the 50s and 60s, but now Amy has made it part of her own style.” Not surprisingly, the creative director of Chanel dedicated the Métiers d’Art 2008 collection to her, entitled “Paris – London”.

And despite the fact that the collection did not look like Amy’s outfits – Karl Lagerfeld emphasized restraint, which is not inherent in Amy at all – anyway, the show partly resembled the image of the singer, because the head of Chanel borrowed the voluminous hairstyle and smoky arrows from her.

If Karl Lagerfeld was inspired by the image of Amy during his lifetime, then Jean-Paul Gaultier paid tribute after the death of the singer. In 2012, he presented a new couture collection and dedicated it entirely to Winehouse.

Models walked the catwalk with branded fleece, cigarettes in their hands, lip piercings, and sweeping arrows. The show itself began with a live performance of the singer’s hits.

Not only designers sang the image of Amy Winehouse, but also colleagues in the industry. Adele performed the song Make You Feel My Love in her honor at one of the London concerts, and the American rock band Green day dedicated the song Amy to her, which was included in the album ¡Dos!, released in 2012.

In early April 2021, it became known about the creation of a new BBC film about the life and work of the singer. The project was attended not only by Amy’s friends and colleagues but also by relatives. Winehouse’s mother Janice said in an interview with the film: “I don’t think the world knew the real Amy, the one I raised. I’m really looking forward to presenting to the world an understanding of her roots and a deeper look into the real Amy.” The film was released on July 23 and was dedicated to the 10th anniversary of her death. The singer’s mom also promised that after watching Amy Winehouse: 10 Years Later, fans will look differently at her creative path.

A new generation as Amy

References to Amy’s images are made not only by models and designers but also by new generation it-girls. In May 2021, singer Dua Lipa appeared at the BRIT Awards 2021 in an outfit that many considered to be Winehouse quotes. And a few weeks later, Briton Charlotte Emma Aitchison aka Charli XCX released a video that is very reminiscent of a soul diva.